Gran Turismo 7 plunges players into the life of a self-made professional racer. Polyphony Digital recreates beachy Hollywood-like streets, tree-laden terrain, and other landscapes with beautifully rendered graphics. Luxury racers return in a packed catalog of cars and more customizable options than ever before.

But those, minus the technological limitations dependent on release day, are a given when it comes to Gran Turismo. What’s new, and what’s coming back? Well, here’s everything we know about Gran Turismo 7.

Gran Turismo 7 was supposed to release sometime during 2021. However, as the pandemic blazed on in the latter half of 2020, Sony eventually pushed it back to 2022. In an interview with GQ, a PR representative cited Covid-related challenges as the main reason for the delay.

GT7 has been impacted by Covid-related production challenges and therefore shifted from 2021 to 2022. With the ongoing pandemic, it’s a dynamic and changing situation and some critical aspects of game production slowed down last year.

Where to pre-order Gran Turismo 7

There are multiple flavours of Gran Turismo 7 available, particularly as the game is available for both PS4 and PS5 consoles. If you’re a motorhead wanting to experience the most immersive form of the game, Amazon UK has a bundle of the game with Logitech’s excellent steering wheel and pedal kit, saving you over £80 off the standard retail price.

Sony revealed Gran Turismo 7 during its PlayStation 5 showcase alongside other highly anticipated titles like Horizon Forbidden West and God of War: Ragnarok. The teaser showed off the selection of cars zooming through scenic raceways. Even with crisp animation and graphics, there wasn’t much explanation on setting, features, or timeline.

A few more trailers have been released since, inlcuding the GT7 PlayStation Showcase trailer in September 2021.

More than 30 minutes of GT7 PS5 footage was also unveiled in Sony’s latest State of Play at the start of February. Eurogamer’s Editor in Chief, Martin Robinson wrote:

‘The 30 minute presentation reestablished the line that this is a Gran Turismo game that’s returning to the series’ roots, with a fresh focus on optimisation and the player’s journey from starting behind the wheel of a humble starter car after the more stripped-back, multiplayer-focussed Gran Turismo Sport.’

‘Where it makes sense to develop a title for both PS4 and PS5 — for Horizon Forbidden West, the next God of War, GT7 — we’ll continue looking at that.’

So because it’s a PlayStation exclusive, it’s hard to imagine Gran Turismo 7 will be coming to PC and other consoles until later.

There were reports of a so-called Gran Turismo 7 beta sign-up on the Experience PlayStation website. However, this was a false alarm. According to Eurogamer, the site allowed users to access placeholder keys like 1234-5678-9012. These didn’t offer any access to a beta, though.

PlayStation didn’t comment on whether or not this page was meant to go live. The beta page doesn’t show any trailers or codes anymore. However, it’s possible that the company meant to publish it in the future. This wouldn’t be the first time developers planned a beta test for a Gran Turismo game. After all, GT Sport was supposed to get a beta even though it never happened.

Gran Turismo 7 doesn’t have one set location. In the GT World, players can participate in circuits across the globe. Trial Mountain, a fictional location in the Sierra Nevada mountains, is just one example. Locations seem to fall into one of three territorial groups: Americas, Europe, and Asia/Oceania.

Longtime Gran Turismo director Kazunori Yamauchi expressed that he wanted something ‘more real than reality’ in an interview with KPMG, the accounting firm. He recalled collecting insects, climbing mountains, and playing in the river in his childhood. However, he said it probably isn’t possible now in Japan to have the same experience.

What we do know is that there will be 90 ‘track routes’ at 34 locations. So this could be a mixture of multiple tracks in a single location or country, giving variety even if the track’s immediate surrounding environment remains the same. 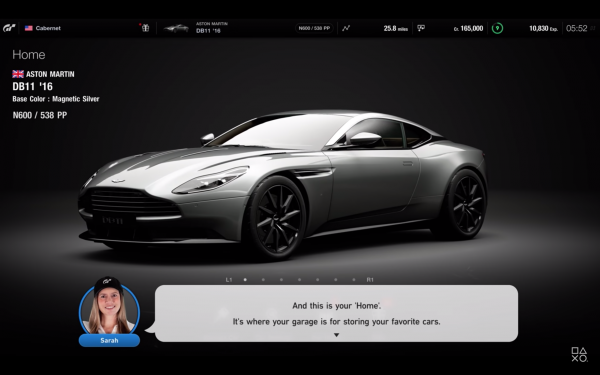 ‘In that case, why not create some kind of digital nature and convey the complexity and severeness of the world when we get out into nature and the feeling that things do not work out as one expects,” he said. “This is what I am fantasizing about.’

It’s unclear whether this means focusing on fewer urban settings, like something away from skyscrapers and bright lights, or setting Gran Turismo 7 in a different time period entirely. Despite Yamauchi’s words, the settings in the trailer do seem to resemble modern settings and root themselves in reality. We’ll have to see how Yamauchi’s vision manifests.

At the heart, Gran Turismo 7 stays a racing game. The bulk of the game involves choosing cars, upgrading them, and racing in different circuits all over the GT World.

Players get a home base, where you examine your different cars and their specs in a garage. Shops for cars and parts, and learning centers such as schools surround your home. As for the actual racing bit, the control panel resembles past installments and other games in the racing genre with speed, acceleration, and current placement visible on-screen during the race.

In a YouTube video featuring Gran Turismo 7 behind the scenes footage, Polyphony Digitial CEO Yamauchi spoke about his passion for cars and what is new in GT7. Yamauchi also revealed that there will be over 400 cars in Gran Turismo 7.

‘Gran Turismo 7 is a comprehensive title and there are many different ways to play, whether you drive fast, collect cars, design liveries in the editor, or take photos, all of these are elements of your ‘life with cars’.’

This month, Playstation revealed on Twitter that the DualSense controller will enhance sensations like locking brakes and terrain changes on PS5.

And that’s all we have! For more news on upcoming games, gaming deals and where to find the cheapest price for Gran Turismo 7, make sure to give Jelly Deals a follow on Twitter.

Save 25 per cent on the SteelSeries Arctis Prime gaming headset

PC Game Pass gets Weird West and Shredders in March