How To Beat Godrick The Grafted – Elden Ring Boss Guide

Godrick The Grafted is the ruler of Stormveil Castle, the first legacy dungeon in Elden Ring. This mandatory boss is a demi-god whose body is clad by extremities taken from his previous victims. Godrick is incredibly agile despite his large size, capable of using his storm-calling abilities to launch into the air or whirl massive gusts of wind. During his second phase, the disgraced lord grafts a dragon head onto his arm, spewing streams of deadly fire. Godrick is a nasty foe, but the good news is he’s easier to beat than Margit The Fell Omen.

However, if you’re struggling to understand how to beat Godrick The Grafted, this Elden Ring boss guide will highlight a few strategies and the location of an NPC companion you can call to make the fight much more manageable.

How To Find Nepheli Loux

Depending on the route you take through Stormveil Castle, it’s entirely possible to pass by the most significant boon you’ll have in the boss fight. Nepheli Loux is an axe-wielding warrior you can call upon in the battle against Godrick The Grafted; however, you’ll have to speak to her before her summoning pool appears by the fog gate.

To find Nepheli, head down the giant steps opposite the fog gate at the Secluded Cell Site of Grace. Run past the two guards accompanying the giant Troll and follow the cobblestone street, being sure to grab the Golden Seed on the way so you can add another charge to your Flask. After the road bends, duck into the doorway on your left and discover Nepheli standing over the corpse of a Stormveil Knight. After speaking to her and exhausting all dialogue options, you can now call Nepheli to your aid before beginning the Godrick The Grafted boss fight. 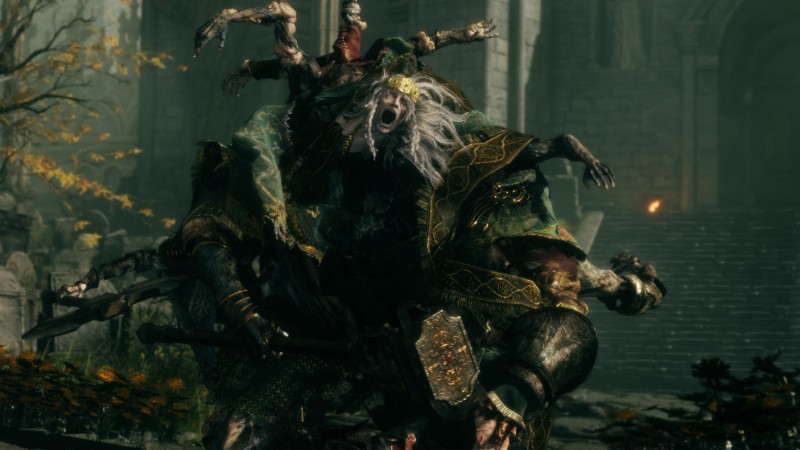 Summon your spirits immediately after beginning the battle, as they will negate damage and help to keep Nepheli alive as long as possible – she’s capable of dealing massive amounts of damage. She can be the critical factor in obtaining victory. In this boss fight, you’ll need to be reasonably aggressive, as a passive playstyle will be overwhelmed by Godrick’s speed, range, and AoE damage. It helps if you are diligent in staying behind the boss as he focuses on your companions.

Godrick has several storm-calling moves. Back away quickly when he starts swinging his axe in the air, he’s going to create a cyclone around his body and then finish the action with his Storm Stomp ability, which will do a ton of damage if you’re in proximity. He often digs his axe into the ground right after his stomp. If he does this, prepare to dodge. He will hurl two gusts of wind at you which will knock you back and deal a good amount of damage. As Godrick starts rolling around the arena, whether in the air or on the ground, be prepared to dodge his nasty finisher. Similar to Margit The Fell Omen, the wind-up on his aerial ground slam is longer than you might expect, so make sure you don’t dodge the move too early. 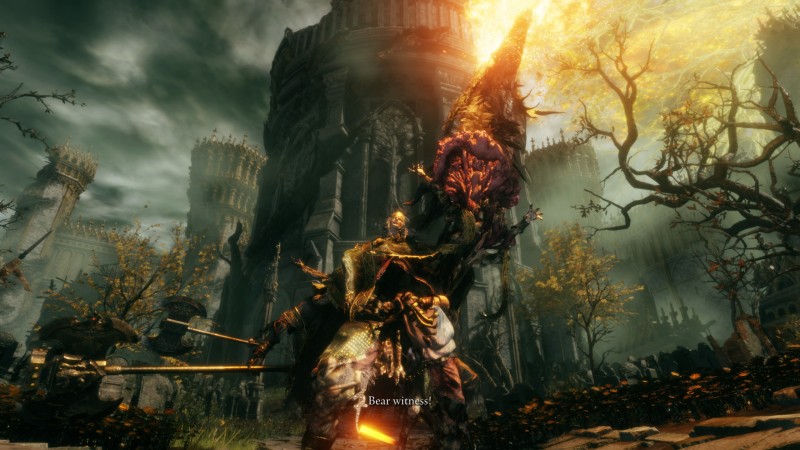 During his second phase, Godrick becomes much more fatal, grafting the head of an ancient dragon to his arm. His wind-based abilities are now embued with flames, increasing their potency and reach. At this point, I recommend consuming a Fireproof Dried Liver, a crafting recipe unlocked with the Armorer’s Cookbook (1). If you haven’t found this crafting recipe yet, you can find it in a treasure chest in the soldier camp north of Murkwater Cave. Godrick will use a few new abilities after equipping the dragon head. His flamethrower ability deals a ton of damage but is easy to dodge through. When the boss raises his dragon arm into the air, beginning to spew fire, back away immediately. He’s going to torch the ground below him. If you get hit, not only do you risk death but you’ll also be knocked to the ground and utterly vulnerable to his quick attacks.

Again, Nepheli is the key to winning the fight, and you need to deal as much damage as possible while she’s still alive. If you’re struggling to stack damage on Godrick, level up your weapon at the Roundtable Hold. Remember, you can always farm additional Runes to level up your character. And that’s it for this Godrick, The Grafted boss guide. Good luck, I believe in you.

Save 25 per cent on the SteelSeries Arctis Prime gaming headset

PC Game Pass gets Weird West and Shredders in March